It seems that we don't get five minutes to ourselves at the moment. Its a busy time of year!

I had friday off work, so I could collect domino from the abattoir. I was shocked as to how lean the meat was, i was expecting huge amounts of fat.

So Saturday morning Gareth and dad started the huge task of butchering the 128kg carcass. I then started mincing and mixing the sausage seasoning.

On Sunday our friends Toni and Georgina, helped us continue making sausages. We reckon we have made over 60kg of sausages.

To name a few, we have also cured the loin and belly for bacon.

Whilst we were making sausages, Maurice and Gareth have had an order for muck from our neighbour Mr Anderson who had dropped a dumper off for them to fill. So they thought they would make use of it and muck the cows out.

I had cured a piece of salt beef, so we enjoyed a well deserved lunch in the garden with Fred and Dude the sheep.

Keeping livestock isn't always easy. After battling for three days to get 8 turkeys poults out of their shells, we lost three today. We were so pleased to have hatched from our own stock it was awful to loose them. We hope the rest pull through. 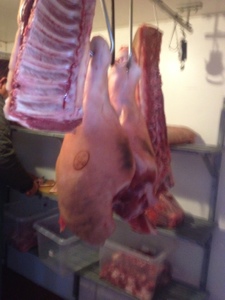 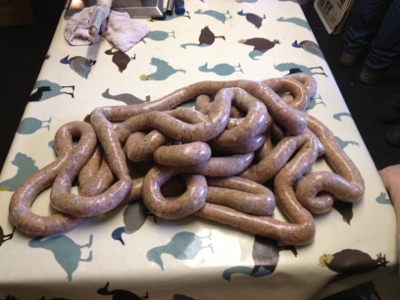 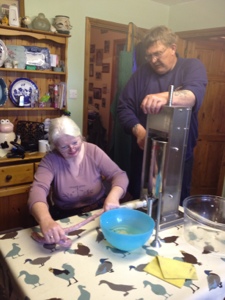 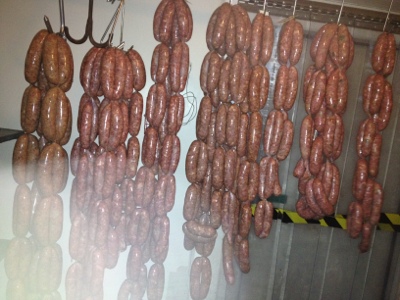 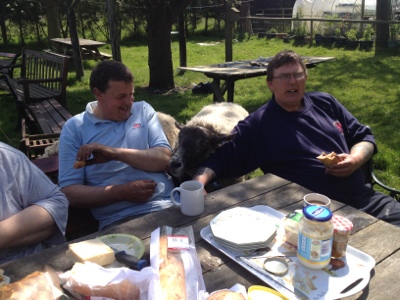 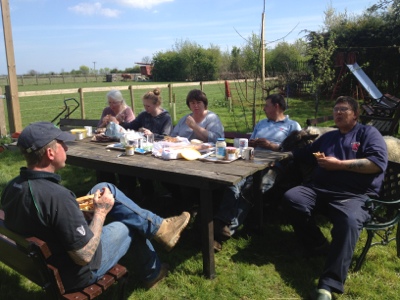 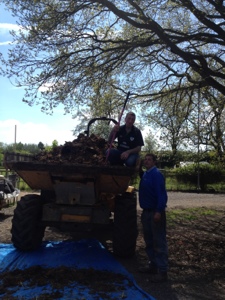