Our Little Easter Bundle of Joy

We mentioned in our last post, we had a lamb indoors. Its been a very tough few days and we were convinced we were loosing her on Sunday. But Pearl has now turned a corner, she is doing really well. Sucking for herself, all though she does insist on a 20 minute belly rub after each feed! Lambing is such a special time of year, and although hand rearing a lamb is hard work, its a joy. 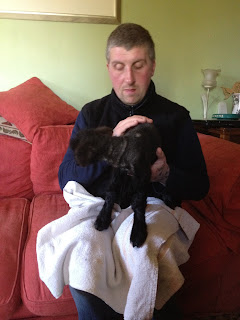 Dennis and Tilly are now  living together. Although Dennis was really naughty jabbing his horns into Tilly's belly. She has now taught him who is boss, not to mention she is bigger than him and he would do well to remember he was only loaning her bedroom, whilst she was away! 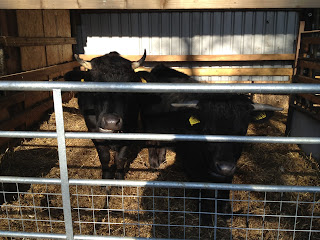 The pigs have doubled in size since they arrived. 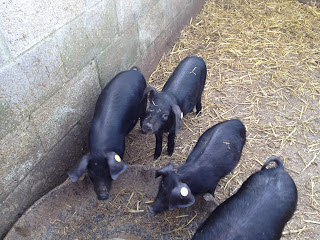 Not only is Mum feeding Pearl in the night, she is also checking on the ewes as we still have another 9 to lamb. We have CCTV running to a screen in the Utility Room, it makes life so much easier. Next lambs due at the weekend.
Gareth and Maurice have made a fantastic job of the path running between the pig runs, it will make life so much easier. 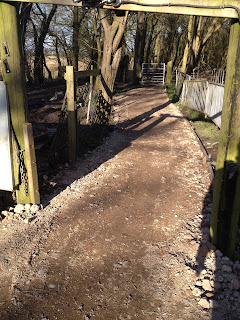 I have planted out the early spuds this weekend, I'm worried its still a little cold, but I had eight, thirty egg trays full of seed potatoes and these were very well chitted so I thought I would give it a go.
Mum has lots of vegetable  seeds on the go, the bay windows in the lounge have become the new green house as the weather is still so cold. I have also planted some flowers, Foxgloves, Lupins and  Delphiniums for the new flower bed. Ox Eye Daisy's to top up the little patch of wild flower meadow. As well as Bluebells which we want to plant in the wood.
Spring is certainly in the air, the Bourbon Red Turkey is full of it. He is such a handsome chap. 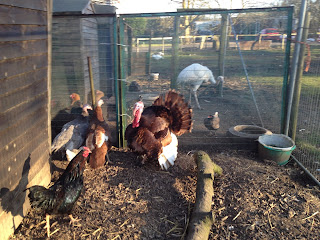 We have also added to the bug hotel over Easter, still a few holes to fill. Next stage the roof! 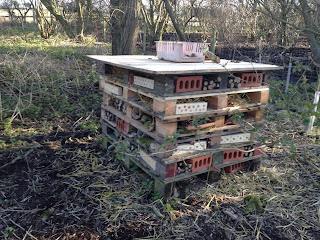 Email ThisBlogThis!Share to TwitterShare to FacebookShare to Pinterest
Labels: dexters in essex, lambing in essex